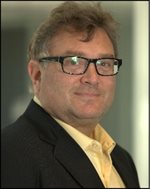 July 31, 2017, Singapore – AICoin ICO, the world’s first tokenized investment collective, announces the appointment of Jon Matonis, one of the original founders of the Bitcoin Foundation to the AICoin Start-up Investment Board. AICoin is the first passive investment service created by First Global Credit, a blockchain capital market company that has been serving the cryptocurrency ecosystem since 2014.

AICoin is not a token created to provide crowd funding for a start-up. It is a special purpose token built on the Ethereum blockchain that allows token holders to benefit from a 2-stage investment strategy.  The first stage of the strategy takes 100% of the capital generated from the ICO and using the decisions generated by proprietary artificial intelligence trades the top seven cryptocurrency markets, identifying market opportunities and exploiting them on a 24/7 basis.

As trading profits accrue, they will be allocated to an investment pool used to make regular investments in artificial intelligence and blockchain start-ups, thereby defining the second stage of the investment strategy. Startups focused on these two technologies will be solicited immediately following the close of the ICO on August 28. The start-up selections will first be put in front of the ICO Investment Board, now including Mr. Matonis.  They will be reviewed and narrowed to no more than five finalists and then be presented to the ICO collective for voting based on the token – which is designed as a Smart Contract.  The start-up selection process will leverage the knowledge and experience of token holders, taking into account the “wisdom of the crowd” phenomena as recognized in a statement made by Gavin Smith, the driving force behind AICoin and the CEO of First Global Credit:

“Research indicates that better decisions can be achieved by a group of people that bring diverse perspectives, skills, and experience to the decision-making process rather than relying on decisions made by a small and potentially biased group. So, while the profit potential of our A.I. driven cryptocurrency trading is pretty exciting stuff, we believe the bigger opportunity comes from investment in blockchain and artificial intelligence start-ups; two of the most disruptive and therefore potentially world changing technologies to hit the market since the Internet.”

Mr. Matonis has agreed to a position on the Investment Board. He brings with him a wealth of knowledge and tremendous insight as it relates to the chosen start-up technologies.  As a Founding Director of The Bitcoin Foundation, Jon is highly regarded as a public figure and thought leader within the digital currency market. Jon has held prior executive positions with Hushmail, VeriSign, and Tradehill. Earlier in his career, Jon held senior positions with Sumitomo Bank and VISA International.  He is a frequent featured speaker, contributor, and writer at events and in publications that focus on fintech and related businesses and technologies.

Marcie Terman, COO of First Global Credit had the following to say regarding this appointment:

“Jon has been instrumental as an advisor to First Global Credit and one of the first people to publicly express their excitement over AICoin.  He is a perfect individual for the Investment Board.  He brings a significant amount of experience and insight as well an unbridled enthusiasm in identifying opportunities in blockchain and artificial intelligence tech start-ups.”

Regarding his appointment, Mr. Matonis made the following statement:

“This investment board position will afford me the opportunity to recommend sensible investments in the sector that truly leverage the properties of global openness and immutability.  I think this token is perhaps one of the most exciting and innovative launches in the ICO market to date.  The idea of generating profits from AI as an engine for other AI and blockchain tech start-ups is both inspired and visionary.  I look forward to serving the token holders and the eyes and ears of the marketplace by identifying the richest ideas for further consideration and investment.”

The investment board will also include two members voted from the token holder collective.